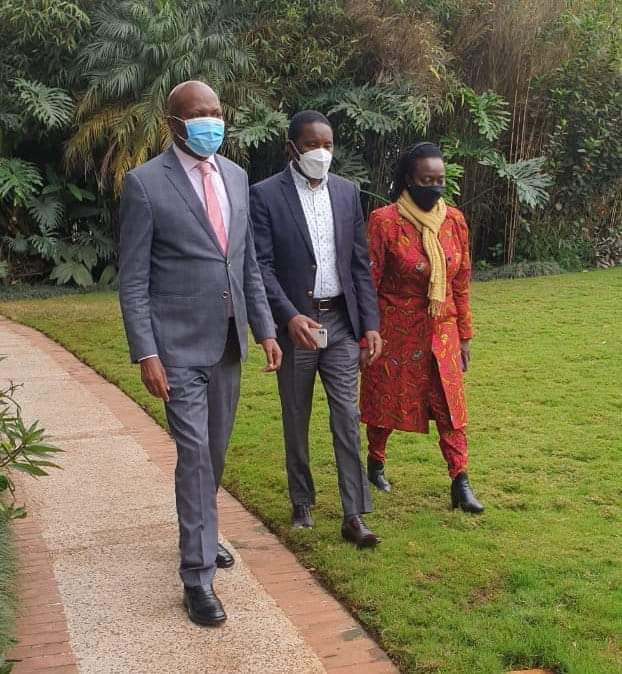 In a dramatic twist Gatundu South MP Moses Kuria says he will not vie for any seat in the 2022 general elections instead saying he will focus on building his party and Mt Kenya unity.

Kuria who until recently was the leading tangatanga light campaigning for the Deputy President William Ruto, fell out with the DP after he refused to dissolve his party and join the United Democratic Alliance (UDA).

His declaration that will not vie for any seat has left pundits wondering what his game plan was with some speculating that he was angling for a Cabinet Secretary position in the next government.

Others suggested that after antagonizing President Uhuru (his constituent) for many years he has been feeling the heat on the ground and he was sure he would not make it back to Parliament and had now found a safe exit strategy.

Yet others said that with Kuria’s history of flip-flopping, he was creating drama around himself to shore up his ratings and then stage a comeback and recapture his seat.

While making the announcement, Kuria who is the party leader of Chama Cha Kazi – even though he is in Parliament courtesy of the Jubilee Party – said he had decided to work selfishly for the unity of Mt Kenya.

He said he had dropped out of the race for MP or any other seat so that residents of Mt Kenya can understand how serious he is in seeking unity and building his party to be the most popular in Mt Kenya.

This is in sharp contrast with DP Ruto who has been urging Mt Kenya region to join UDA dismissing Kuria’s party as a tribal briefcase outfit including that of former CS Mwangi Kiunjuri – The Service Party.

“I have my own party. The issue of defending the interests of Mt Kenya, I started along time even before I was elected. Even then Kibaki was the president. Looks like this time round we will not have a president. The work for defending interests of our people is even bigger than before,’’ said Kuria.

He added, ‘’that is why I have said that maybe people are saying I want this or that seat. I want to announce to the world that, next year Iam not running for any seat. My job is one. Uniting the people of Mt Kenya and building for them a party that will have all the MCAs, all the governors, all the MPs, all senators and will be on the table to ask for what belongs to the region,’’ said Kuria.

Kuria said it is the right of the residents of Mt Kenya demand for their fair share of revenue and representation.

Only the presidential candidate who publicly declare support for ‘BBI’ will get support from Mt Kenya, Kiunjuri states