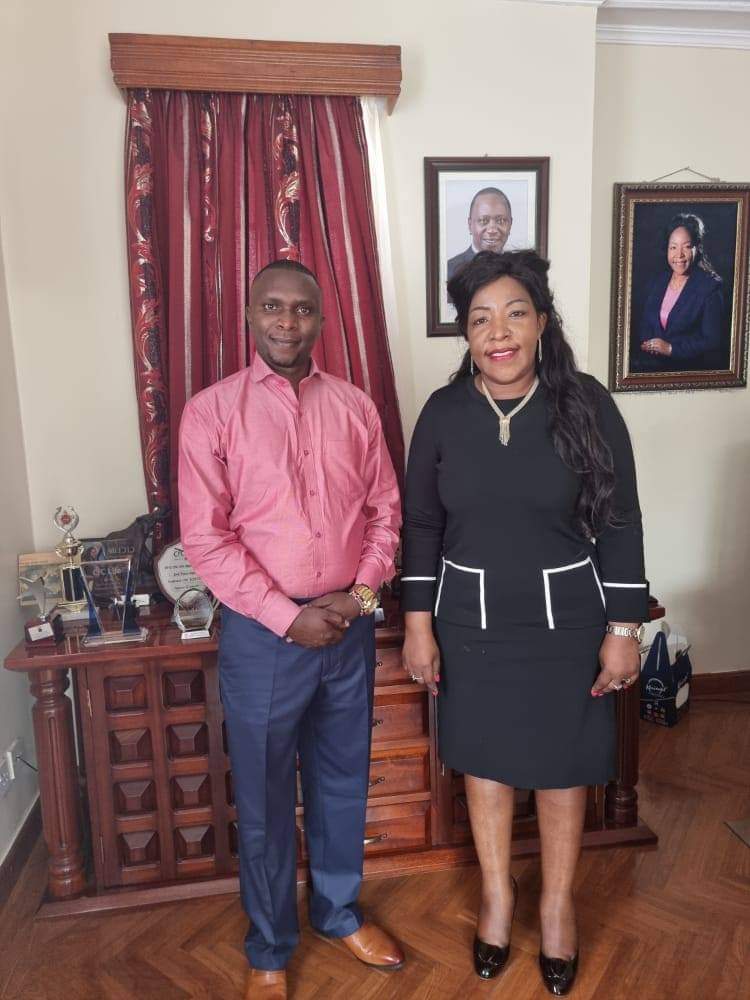 She said Ngugi’s appointment was a testament that hard work, loyalty and consistency pays noting that those are the traits that were identified by the Jubilee Party leader President Uhuru Kenyatta.

“Ngugi’s nomination is quite significant as it speaks hope to the countless youth from humble backgrounds with no godfathers or connections but rely on their hard work, loyalty, and consistency as their ticket for a better future; traits that were identified and rewarded by His Excellency the President,’’ she noted.

Kagure said with the youth’s plight and empowerment being close to her heart, she offered Ngugi generous pieces of advice as he sets on the task of representing the youth in the Senate.

She thanked President Uhuru and the Jubilee Party for nominating Ngugi said, the youthful nominee deserved the position because of the his immense contribution.

The Jubilee Party praised Ngugi saying he had consistently and persistently worked with President Uhuru Kenyatta since 2010 and that his hand can be seen in various projects key to the achievement of the transformation agenda.

The party added that in 2012/2013, he coordinated the Jubilee Students Caucus under the tutelage of TNA Party and has since been involved in the Jubilee Political Strategy and Communication, championing legacy projects and Youth-Oriented programs.

He has also steered Team Uhuru in different capacities notably as the National Coordinator and despite the trauma of being a victim of post-election violence, he has remained a champion of ethnic coexistence in the context of mutual respect and tolerance.