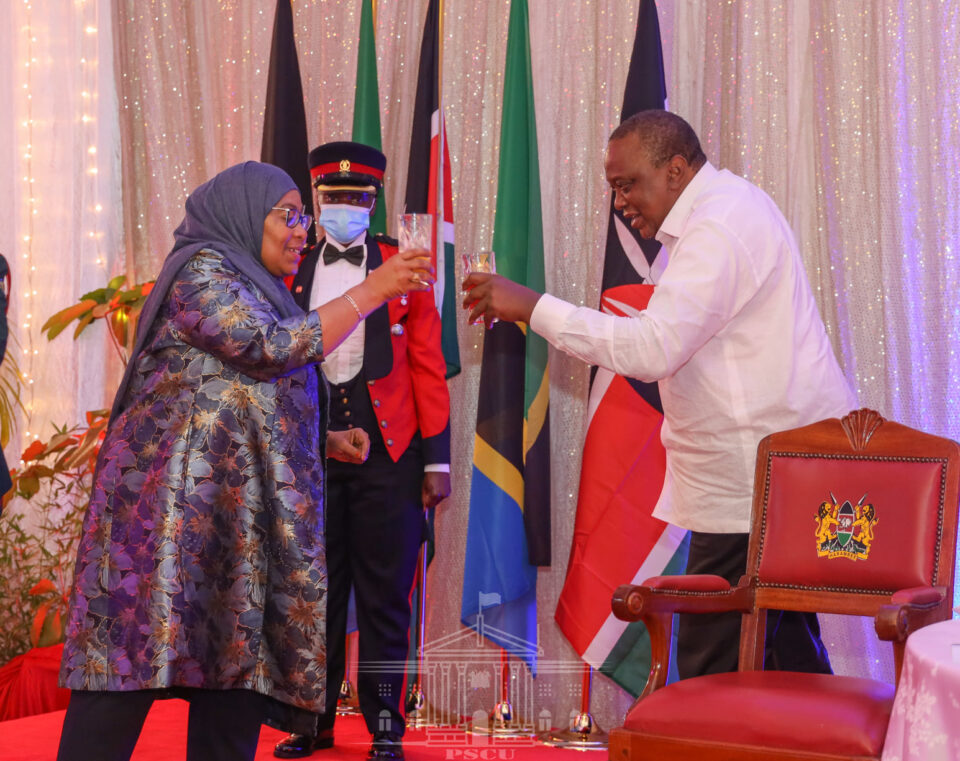 Tanzanian President Samia Suluhu has said there will be no more burning of chicks or auctioning of cows as Kenya and Tanzania relations rose to higher levels.

She said Kenya and Tanzania have opened a new chapter of improved relations much to the relief of Kenyans who have suffered great injustice under Tanzanian’s authorities during the Magufuli regime.

The new development was revealed by Trade CS Adan Mohamed who said the two countries have established a mechanism to resolve trade and cross-border issues.

He said President Suluhu had expressed her desire to see improved relations and improved volumes of trade.

The CS said President Suluhu was upbeat on the need for Kenya and Tanzania to work more closely for the benefit of the people of the two countries, something that has been dear to President Uhuru’s heart.

He said President Uhuru was committed to see the two countries get more integrated so that trade and movements between Kenya and Tanzania could get better.

Mohamed said Tanzania was the second biggest trade partner for Kenya after Uganda and that the potential for growth was enormous.

We can all win together, Agnes Kagure advises Kenyans