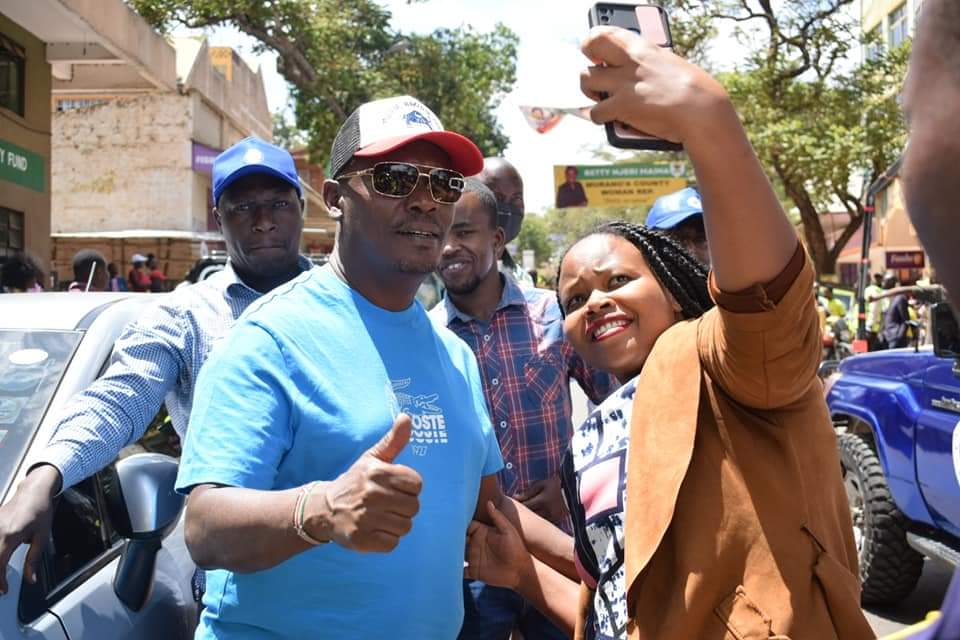 Kabogo said he wants DP Ruto to put pen to paper how he will implement the one-man-one-vote-one-shilling equalisation formula as demanded by Mt Kenya people and as contained in the BBI document -which Ruto opposed.

Speaking after meeting his party aspirant’s from Nyeri Kabogo said that he has agreed with Ruto that an economic blue print is developed for the region to cushion Mt Kenya residents from any economic persecution once Uhuru leaves office .

“At moment am in Kenya Kwanza but on a rider that Ruto must present a written document in two months on how he will handle economic matters of our region of he fails to do so I will have no alternative but to Quit” said Kabogo.

Kabogo who has declared for Kiambu govenor seat said that as matter stand the region is exposed due to the fact their no one to take care of people interest hence the need for those wishing the bag region votes to commit themselves.

The pronouncement by Kabogo sends mixed signals on commitment of leaders from the region allied to Ruto with many analysts asking whether those in his camp are their for their own interest or their own.

So far many leading leaders from Kiambu county are leaning towards Ruto camp with many defecting to his camp two weeks ago.

Asked whether he is interested in the presidency Kabogo did not mince his words saying that remain time is a long one and anything can change .

“In politics a day is a long time things do change you may find me in the ballot but we are not there yet ” said Kabogo.

You were brought up badly, Mama Ngina blasts DP Ruto for insulting her family as she drums up support for Raila

Big blow to DP Ruto as Kiunjuri defects, calls for Mt Kenya unity outside of UDA