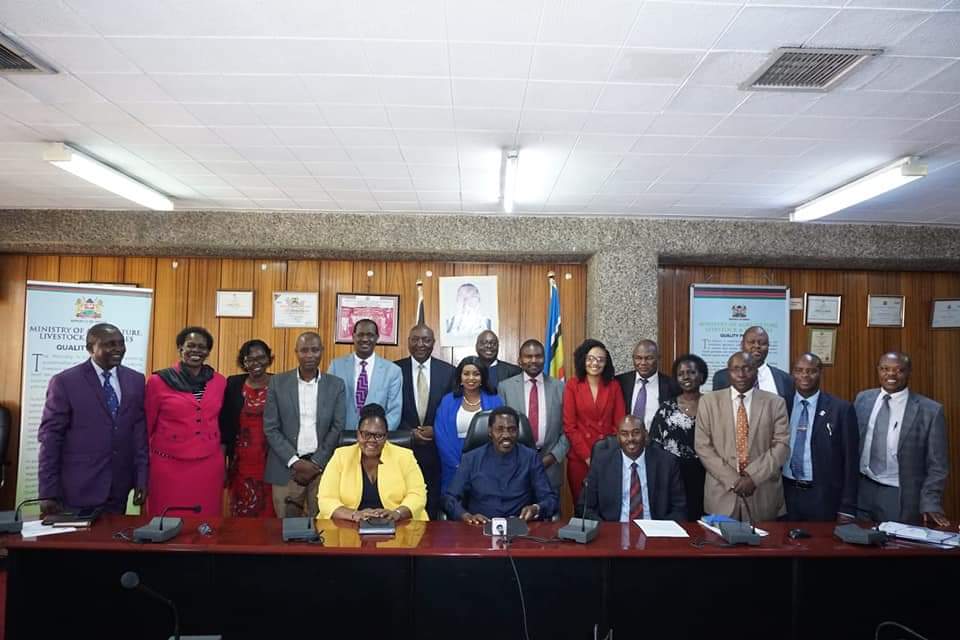 Munya said potato is the second most important staple crop in Kenya after maize hence the need to promote and develop its value chain.

He said , despite its importance and high demand in the domestic market, yields have remained low mainly due to: poor agronomic practices, low application of inputs especially fertilizers, deteriorating soil fertility, and limited access to good quality seeds.

Munya said to revitalize this sub-sector , the Government had invested in several activities in the promotion and development of the potatoes which include research in production and distribution of high quality seeds and establishment of cold storage facilities.

The CS said towards enhancing availability of high quality seeds and inputs, the ministry through support of IFAD was implementing an input subsidy programme for potatoes.

“Through this project, subsidized potato seeds, chemicals and fertilizers are being distributed to farmers in Meru, Nyandarua and Elgeyo Marakwet counties.” said Munya.

Further, he said through concerted efforts in the promotion and development of the value chain, it was found necessary to establish and operationalize a National Potato Taskforce.

The taskforce is expected to include and consider contemporary and comparative best practices across the world that have made the enterprise highly successful and has enhanced social and economic benefits including fairness and equity.

Big push to save BBI underway, as AG Kihara appeals judgement described as a big error