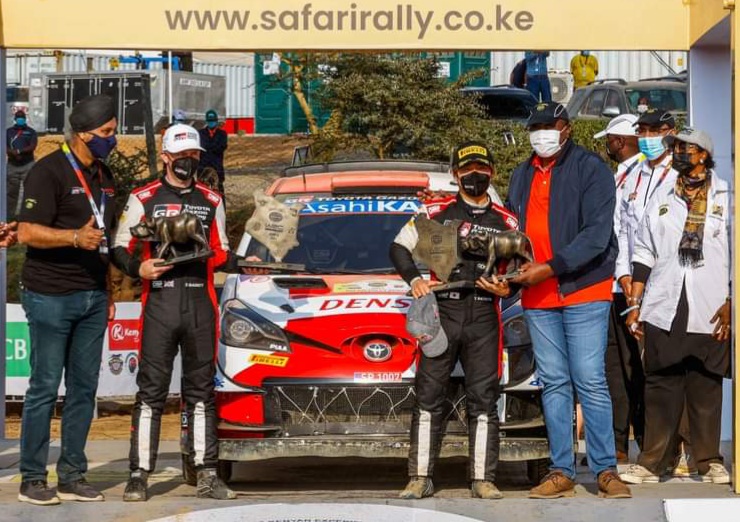 The winner of recently concluded WRC Safari Rally Frenchman Sebastien Ogier has donated close to Sh3 million to two local charities as he declared how he was overwhelmed by Kenya’s beauty.

Ogier donated Euro 10,000 to the Nakuru Children’s Project and a similar amount to Ol Pejeta Conservancy – that specialises in protection of endangered wildlife species.

He said taking part in the Safari Rally Kenya was his first time in Africa and he was overwhelmed by the beauty of Kenya, the warm hearted people and its incredible wildlife and was happy to support the Nakuru Children’s Project and the Ol Pejeta Conservancy with a donation.

Ogier in a statement posted on his social media pages recalled how he was celebrating the fourth win of the season at the Safari Rally Kenya with incredible support from locals in the most amazing nature.

He said education is key for a better future so he wanted to support the Nakuru Children’s Project with Euro 10,000 and said everybody should do everything in their power to protect the wildlife and was making a similar donation of Euro 10,000 to Ol Pejeta Conservancy.

Ogier won the dramatic and action packed WRC Safari Rally that was returning to Kenya after 19 years creating feverish excitement among Kenyans and especially rally lovers.

Thousands of rally fans thronged Naivasha where the rally was being held creating a carnival mood over the four days the event was taking place.

Foreign drivers competing in the rally immediately fell in love with the country and promised to come back either as competitors or as tourist, something now affirmed by Ogier.

Resurgent Jubilee Party in major comeback, wins a seat misses the other narrowly