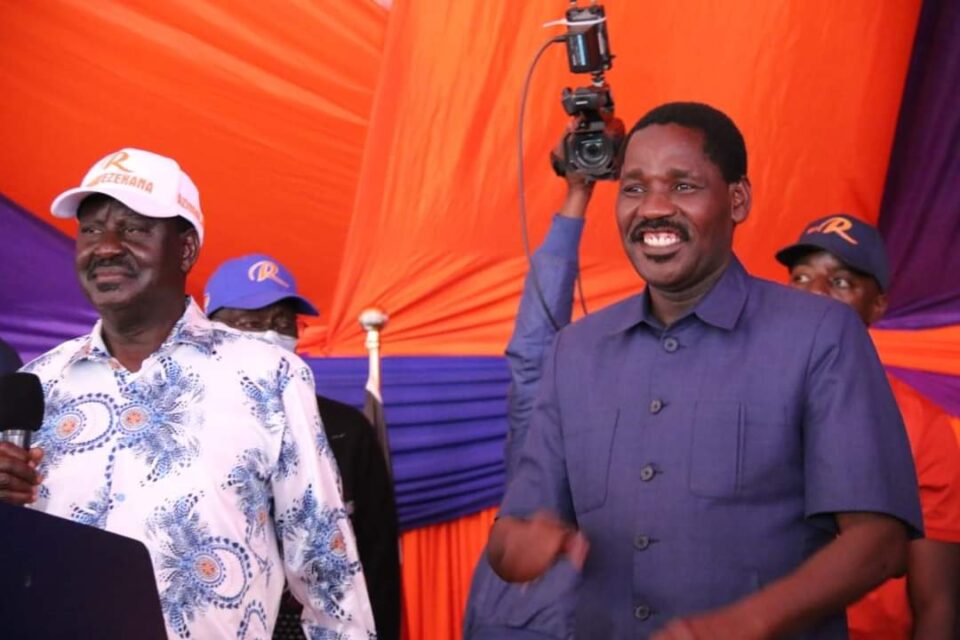 Agriculture Cabinet Secretary Peter Munya says Mt Kenya region is trooping back to support ODM leader Raila Odinga in large numbers and that DP William Ruto will get the biggest shock of his life in 2022.

Munya says contrary to innuendoes, Mt Kenya region has never abandoned President Uhuru Kenyatta and that the silent majority are with the President waiting for his guidance and which he has already shown.

He said Mt Kenya residents taking the cue from President Uhuru are now supporting Raila for the 2022 presidential after abandoning the hustler narrative.

In a thinly veiled reference to Ruto, Munya said those who have been claiming to own Mt Kenya are in for a big shock as the region now supports Raila fully.

“Do not be misled by anybody. I come from Mt Kenya region. The people of Mt Kenya are going back to Raila Amollo Odinga, all of them. And by the time we are voting in August (2022) people will be in shock, especially those who claim to own Mt Kenya,’’ said Munya.

He told Raila supporters, “Do not to be worried lets work together and the Mt Kenya people are also listening to the president. The silent majority are with him and are waiting for his guidance which he has already given.”

Ruto’s United Democratic Alliance (UDA) has seen its popularity plummet daily and its free fall has been attributed to the recent campaign forays that Raila has made in region in the name of Azimio La Umoja.

After being taunted severally that he had no support in Mt Kenya, Raila vowed to climb the mountain to peak and with support from his allies he held many successful rallies in the area that saw his ratings go up as those of Ruto went down.

President Uhuru has also in subtle way presented Raila as his preferred successor because of this track record and strong stand on the fight against corruption. President Uhuru gave the biggest signal yet when during the Jamhuri Day celebrations, he broke protocol and invited Raila to address the nation.

This coming few days after the Mt Kenya Foundation (MKF) endorsed Raila as the preferred presidential candidate for the Mt Kenya region, it is clear that the stars are lining up for the ODM leader.

On his part CS Munya has emerged as the leading candidate from Mt Kenya who is being considered as the best placed to deputize Raila as the running mate for the 2022 presidential race.

His starring role in the revival of key agricultural sectors like tea, milk and coffee has elevated him above all others that are seeking to deputize Raila.

It is all out war as Ruto’s tanga tanga political group explodes dramatically.