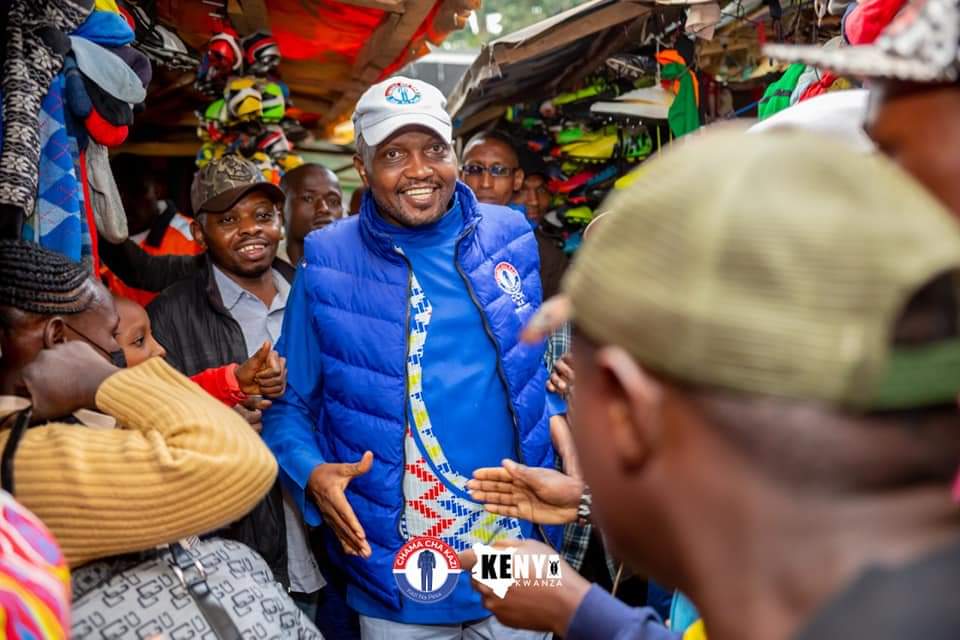 Kuria also accused UDA of conman-ship said it was not possible to measure the popularity of UDA because crowds for hire are ferried in buses from place to place and wondered who was fooling who.

Kuria who is the leader of Chama Cha Kazi (CCK) has been complaining about his party being neglected in Mount Kenya politics even after producing over 230 aspirants countrywide in various positions, saying that UDA aspirants are more prioritized in Kenya Kwanza’s political activities in Mount Kenya.

He said that some allies in the Kenya Kwanza coalition have started imposing self-interests, which pose a great danger towards the unity of the coalition and confidence of the sub-parties.

Blaming it on corporate UDA policy, Kuria said that there has emerged a distorted pecking order in Kenya Kwanza’s political rallies whereby the recognition some of its allies are receiving isn’t commensurate with the efforts they have inflicted towards the alliance.

The Kiambu gubernatorial aspirant condemned the issue of transporting supporters from one place to the other to cheer up their preferred politicians, referring to it as market dynamics that disallow them to know their actual supporters in given areas.

“Transporting supporters doesn’t make you more popular and that’s why I always go alone in my campaigns to see the number of legitimate supporters I have, I vowed never to be engaged in this practice,” he added.

Kuria asserted that there was indeed a great excitement in Mt. Kenya after naming of Martha Karua, whom he referred to as his sister and a close friend, as the presidential running mate in Azimio La Umoja, saying that this could have driven more Mt. Kenya supporters to deviate to Azimio La Umoja.

Defiant DP Ruto says he will not resign, that he is on a mission to change Kenya