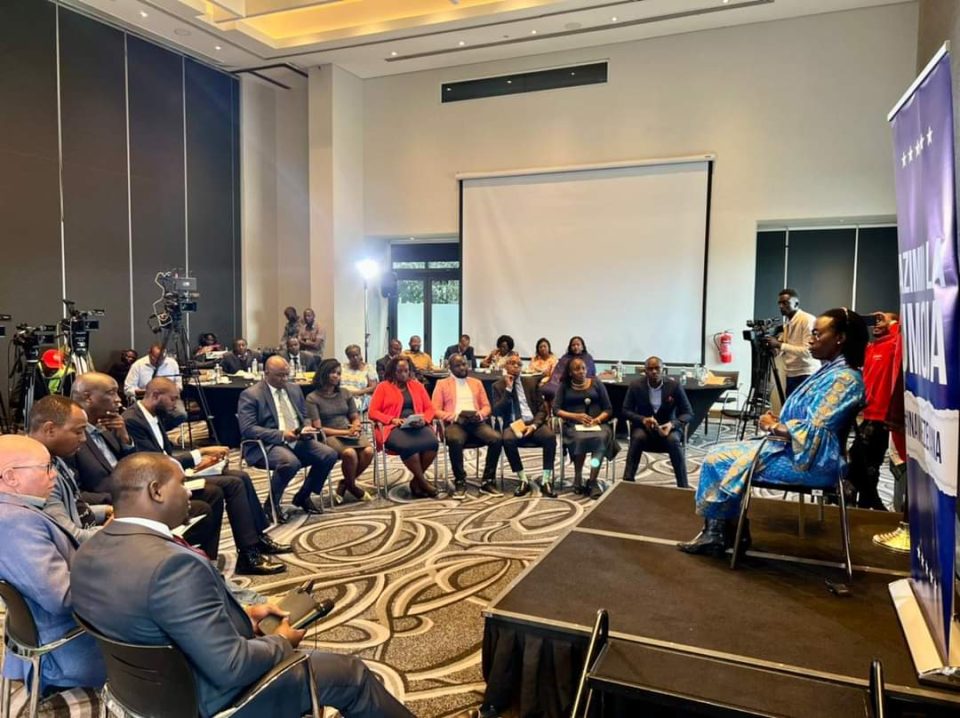 Martha Karua – The Azimio La Umoja’s Deputy President designate – has promised Kenyans that she and her boss Raila Odinga will crush corruption which she said was the single biggest deterrent to economic growth.

Speaking when she addressed Mt Kenya residents through several FM radio stations on Monday morning, Karua said once corruption is stopped Kenyan’s economic will grow by leaps and bounds and all Kenyans will have money in their pockets.

A day after gracing the Akurino Conference in Nairobi under recognition by the President Uhuru Kenyatta, Karua was engaged in an exclusive interview with journalists representing various media houses broadcasting in the Gikuyu language where she pointed out that the biggest problem in the Kenyan Government that needs urgent attention is the issue of corruption.

Karua said that the Azimio Government will see to it that county fund allocations will go to the relevant channels and any victim of corruption will be faced with lawfully enforced repercussions.

She however urged public officers and everyone who will be given an opportunity to work under the Raila, Martha leadership at the national and county levels to be on the frontline in the remedies against corruption, by ensuring they only get what is in accordance to the law, with the aid of the Commission of Revenue Allocation competently executing their duties.

Karua pointed out that there needs to be carefully considered criteria to ensure that the measures adopted to eradicate corruption are transparent and are meant to ensure efficient service delivery to the common citizen, something that the Azimio Government seeks to deliver.

The major reason why it has been difficult to fight corruption in Kenya according to Karua is the fact that services meant for the needy such as bursaries, do not actually benefit the needy but those with closer connections with government officials.

“When I was an MP, no student received a bursary of less than ksh.5000, there is no need of giving ksh.2000 to everyone without considering that those people have different needs,” she added.

Karua said that that even for the grants that the Azimio government are promising to offer including the ksh.6000 monthly grant, will not be for everyone but for the needy citizens of Kenya, stating that there are careful criteria to ensure that this consideration will be fair and transparent.

She said that with these remedies against corruption, the Azimio La Umoja government will be able to raise the county fund allocations from 15% to 35% immediately after taking over the government in the forthcoming general elections.

Over 120,000 free condoms given out to WRC Safari Rally fans in Naivasha in 3 days