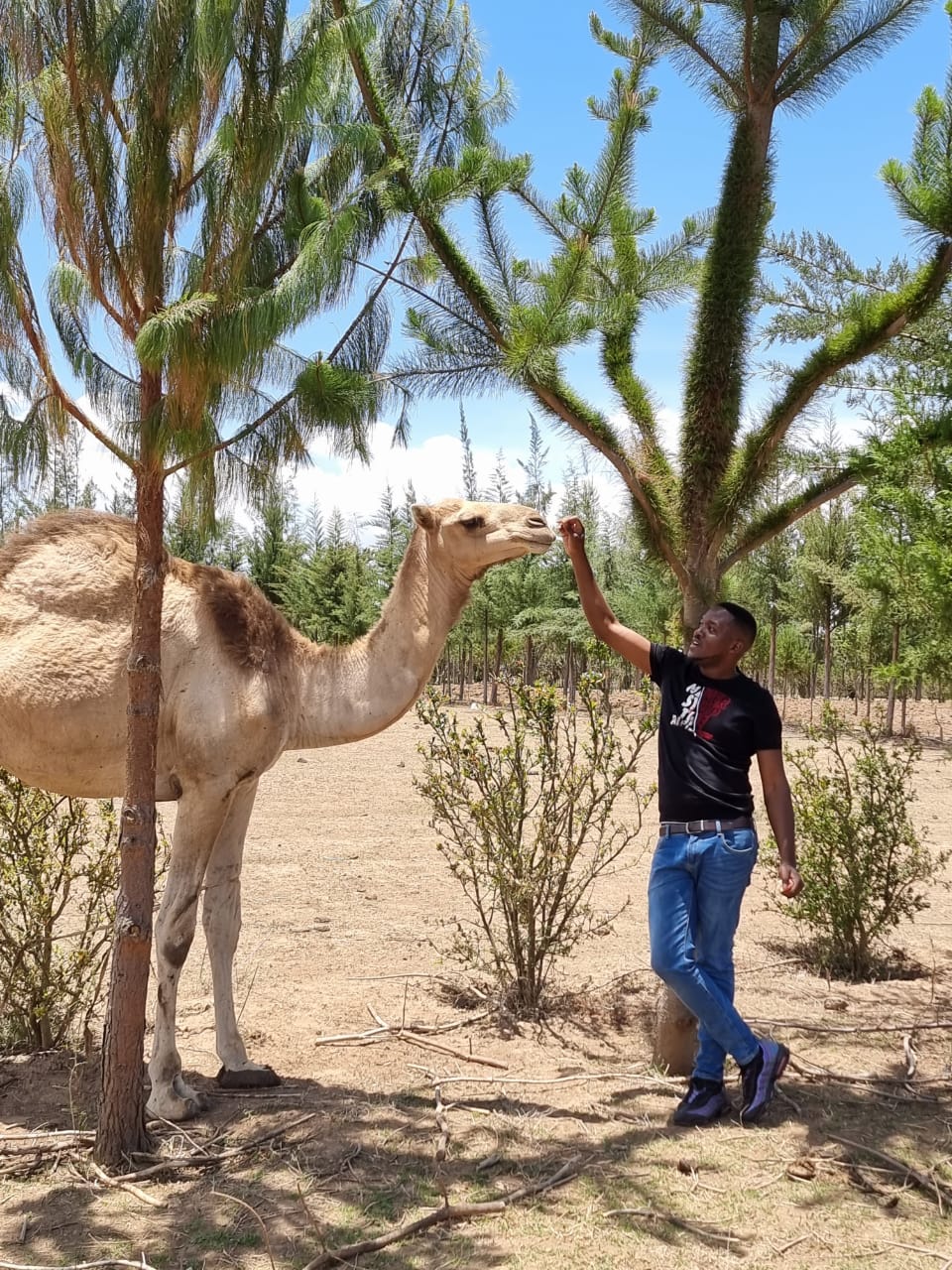 After an electrifying performance that left fans craving for more at the scenic Misty Mountain Lodge in Naromoru, popular Kikuyu benga musician Jose Gatutura toured the expansive ranch and instantly made friends with the camel.

It was not immediately clear the melody that Gatutura sang to the camel as they became friends an the “ship of the desert” followed him closely.

Gatutura shot to fame when he released blockbuster songs “Tuirio twega” (good food) and “Haha ni gute (this is lost) and has since turned out to be a leading crooner of Kikuyu benga music.

A household name among the Gikuyu community, Gatutura says his songs are popular because they are educative and inspired to offer good guidance.

With a spectacular view of Mt Kenya, Misty Mountain lodge is a leading hotel in Nyeri and is the base for climbing Africa’s second tallest mountain.

Misty as the hotel is popularly known is built on an 80-acre piece of land with a large open air stage, huge manicured lawns surrounded by trees both indigenous and exotic making it ideal for musical extravaganzas.

It has large grounds for weddings and team buildings, nature walk and a natural maze, as well as horse riding, swimming and grows its own food organically in its large farm.

President Uhuru hosts 200 MPs at State House in a show of might, ODM leader Raila Odinga in attendance

Sexually explicit videos of Samidoh and Nyamu cause an online sensation

Storm over the firing of celebrity radio presenter Shaffie Weru