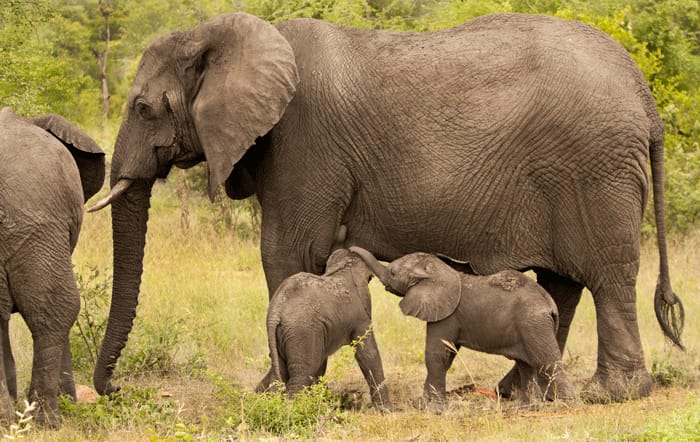 In a very rare occurrence an elephant at a conservancy in Samburu has given birth to twin calves according to zoologists, who say the last time it happened was in 2006.

Bora from the Winds family gave birth to a male and a female calf over the weekend, according to Save the Elephants, an organization dedicated to ensuring elephants’ future.

“Here is the pair (male and female) at around a day old, exploring their surroundings. Twin births like this are very rare – in fact, we haven’t seen twins in the park in decades!,” the organisation captioned a photo of the calves next to their mother in a surreal photo.

Elephants are highly sociable mammals with a high level of intelligence similar to that of great apes and dolphins.

They have the longest-known gestational period of any animal, lasting up to 680 days and before giving birth one calf weighs about 110-kilogram.

According to the Eagle Eyes Guides and the Elephant Watch Camp who were the first to notice the twins’ birth, they immediately alerted Save the Elephants researchers.

“We’ll be sure to keep you updated on the progress of these special little pachyderms,” the organisation said in a statement.

The Society for the Protection of Animals Abroad has in the past observed that elephant twin births are extremely rare, occurring in only one percent of all elephant births.

Elephants can have four to five babies in their lifetime, and some species of elephants can be pregnant for up to 22 months at a time.

Maraga fiercely attacks Uhuru, castigates MPs for not impeaching him