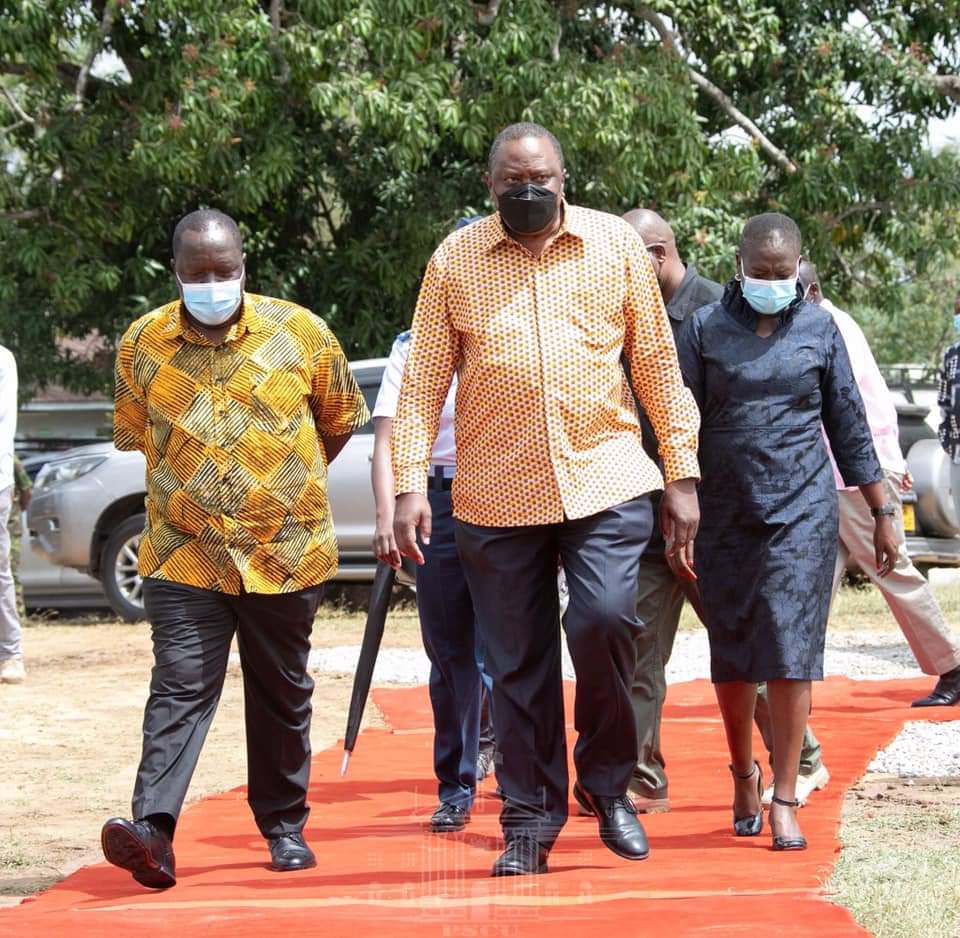 President Uhuru Kenyatta is in the Coast region where he has issued over 3,000 title deeds to excited residents as he embarks on a busy working tour.

First to receive the important land ownership document were residents of Kasidi in Rabai, Kilifi County where 2,169 title deeds were issued.

He was later on  expected in Mikahani, Mawemabomu and Chonyi villages to issue a further 853 title deeds to the residents who have struggled to get the documents for 30 years.

It has been a race against time as the President moved from place to inspect development projects as he seeks to cement his legacy.

The President then inspected the ongoing construction of a 270-metre long wall to protect the cliff holding Fort Jesus World Heritage Site from sea erosion.

Raila is set to win the August 2022 presidential election in round one, says Cabinet Secretary Joe Mucheru