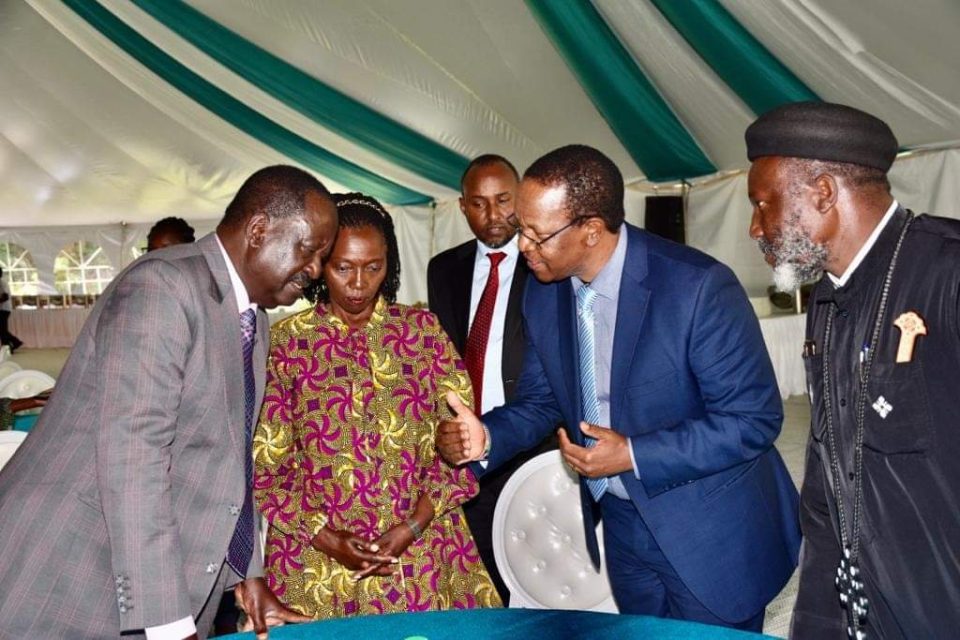 “The data and intelligence reports we have shows that Raila will win round one by 60 per cent. Remember Iam in touch with the entire country through the provincial administration and we have the heart beat of the country,” said Kibicho

Speaking during a television show on Tuesday night Kibicho said Raila who is deputised by Narc Kenya leader Martha Karua will win by a landslide as he dismissed DP William Ruto as a person who is out of touch with reality.

Kibicho said Ruto’s party United Democratic Alliance (UDA) was all show but no action saying they are hoodwinking the people that they have support by manipulating images of their meetings to give the fake impression that they are drawing huge people.

He gave the example of images of a meeting that Ruto held in Kibicho’s hometown of Kagio where pictures showed very wide roads, saying the town’s roads are so narrow can only accomondate two cars side by side.

Kibicho’s sensational remarks comes only days after Information CS Joe Mucheru said that all the data he had indicated that Raila was winning the presidential contest round 1.

Dismissing allegations that there is likelihood of the elections being rigged, Kibicho said the claims by Ruto were baseless and that he has lost touch with the same government he claims to be part of when convenient.

He said elections are carried out by the Independent Elections and Boundaries Commission (IEBC) and that the role of his ministry is basically to provide security and any other logistical support that is required.

Kibicho said during the elections, the police officers manning poling stations report directly to the IEBC and therefore there is no way anybody can interfere with the electoral processes.

He said the allegations are signs of people who have panicked after seeing that the defeat is real and are now looking for excuses and people to blame.

He said he is ready to leave office and that the handover report is almost complete and that as soon as he leaves the office the insults will end because it is not always about him rather it is an office.