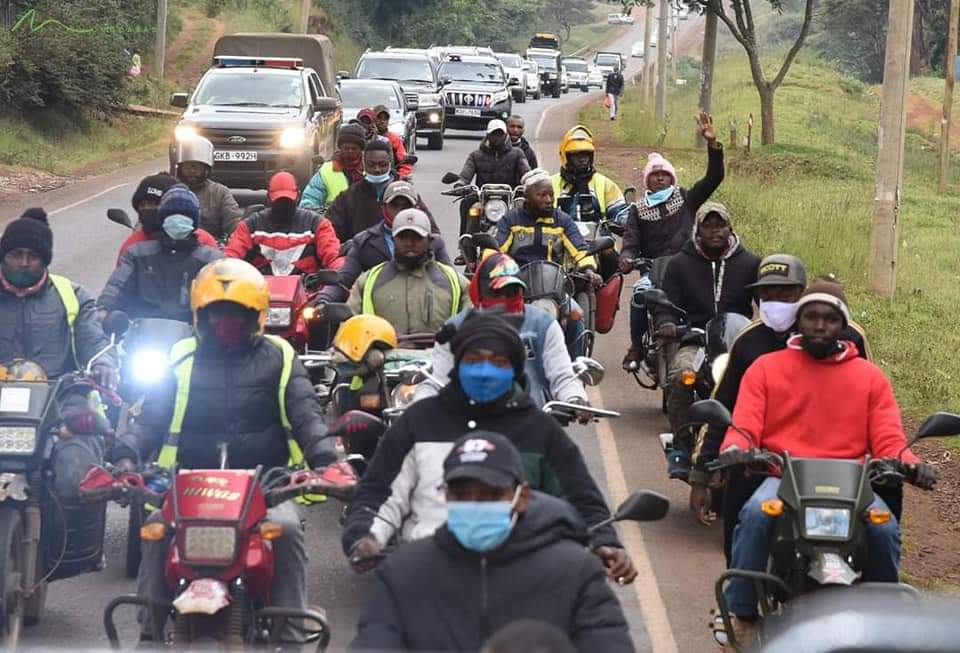 Mudavadi said Ruto was quick to own the success of the Jubilee government but equally quick to distance himself with failures yet he is the deputy president and sits in the Cabinet.

Mudavadi said Ruto is part of the Jubilee administration and must share the blame where there are failures.

“In a kitchen set up, the head is the chef and he is assisted by a deputy chef. If the chef puts more salt on the food, the deputy should not run away from the bad food. Where was he when the chef was over salting the food?” Mudavadi asked.

Mudavadi was speaking during his first day of the two-day visit of Nyeri County, at a meeting with residents at ACK St Peter’s Cathedral Church Hall, Nyeri town.

He is on a two-day tour of Nyeri as he seeks to popularise his presidential bid in the general elections to be held next year.

Mudavadi described himself as the safest bet for Kenya and as the only one capable of accelerating economic growth after President Uhuru’s tenure.

He said Ruto has no capacity to revive the economy saying he had the chance to demonstrate it while in government which he did not.

Mudavadi reached out to the Nyeri people to support his campaign message of building the economy that works for all and not subjecting Kenyans to a culture of handouts.

“We want to build an economy that works for all and see to it that Kenyans are not overtaxed. This can only  be achieved through a peaceful nation,” he said.

The ANC leader said that Kenyans are highly taxed and that his administration will work towards lowering the taxes and ensuring people have money in their pockets.

The Nyeri visit comes barely two weeks after he made a tour of Nakuru County where he was hosted by Governor Lee Kinyanjui and on a backdrop of a meeting with Nyandarua Governor Francis Kimemia and his Kirinyaga counterpart, Anne Waiguru, a month ago.

Mudavadi said the reforms in the tea sector should be made to work and benefit all Kenyans, as he promised Nyeri people that his administration will ensure the agriculture economy of the region is supported and made to thrive again.

“Reforms in the tea sector should be supported and ensure they work for the benefit of all Kenyans. Coffee farming and even the vegetable sector must be supported through value addition and my government will ensure this is achieved and farmers protected,” he said.

Governor Kahiga welcomed the ANC leader, assuring him that the people of Nyeri and Central Kenya region will support a candidate who will help revive the dwindling economy of the region.

“We care more about our economy, especially our agricultural sector and looking at those interested in the presidency, we already know who that person is. Kenyans need a leader who embraces peace, has no controversy and is keen to unite all people and Mudavadi fits in that description,” said Kahiga.

The governor maintained that the central region is yet to endorse any person for the presidency but will walk with whoever will ensure peace prevails before, during and after the elections.

Kagure roots for youth empowerment, says an empowered youth is a future secured