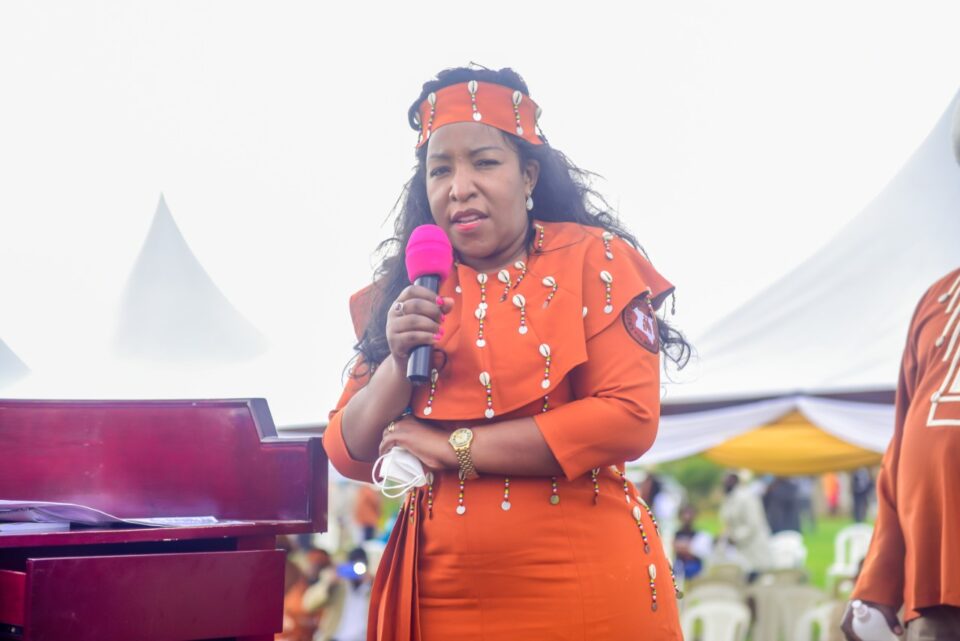 Businesswoman Agnes Kagure received a major shot in the arm after she was honored as a hero by President Uhuru Kenyatta during the Mashujaa Day celebrations held on Wednesday at the Wang’uru stadium, Mwea, Kirinyaga County.

Kagure who recently emerged as the most preferred gubernatorial aspirant for Nairobi City County in opinion polls conducted last week, was feted for her immense contribution to entrepreneurship, youth mentorship and empowerment.

She was nominated for business acumen in establishing a business empire with outlets in the Democratic Republic of the Congo (DRC) and South Sudan, in pharmaceutical, hotel and insurance sectors and for initiating and promoting community empowerment programmes.

Kagure has been on the forefront especially mentoring the youth and ensuring that their voices are heard and has promised to continue lobbying for their interests.

With ten months to the next general elections, it appears that Kagure’s star is fast rising and with the award of the Shujaa award by the President, it yet another added decoration that will further energise her push to be the next Nairobi governor.

Kagure who belongs to “Team Handshake” was ranked more than 15 points ahead of former Starehe MP Bishop Margaret Wanjiru in the opinion poll conducted by Mizani Africa that sought the opinion of Nairobi residents on who they would like to lead them.

It was a major endorsement for Kagure who has been conducting a strategic campaign to shore up her chances of leading the country’s most important county that also hosts the Capital City and seat of government.

Kagure has been big on the youth agenda, spelling out innovative strategies on how to empower the youth with skills and enhance government support to ensure they reach their potential.

She believes says if elected governor and with her experience and business acumen, she would ensure there is a conducive government-private sector collaboration, which she noted would enable the private sector create millions of jobs.

Kagure believes that when properly supported, the private sector can create millions of employment opportunities that will have a big impact on people’s livelihoods and the economy.

“With a conducive government-private sector collaboration, the private sector can rise to the occasion and create millions of employment opportunities that will have a direct impact on people’s livelihoods and on the country’s economy,’’ said Kagure.

As a business owner, Kagure says the business community is keen on working with leaders responsive to the plight of workers across all levels, and those with a sound economic plan that accommodates everyone.

The positive ranking of Kagure also shows the strong desire of Nairobi residents to be lead by an experienced business leader; a departure from populist politicians who have run down the county.