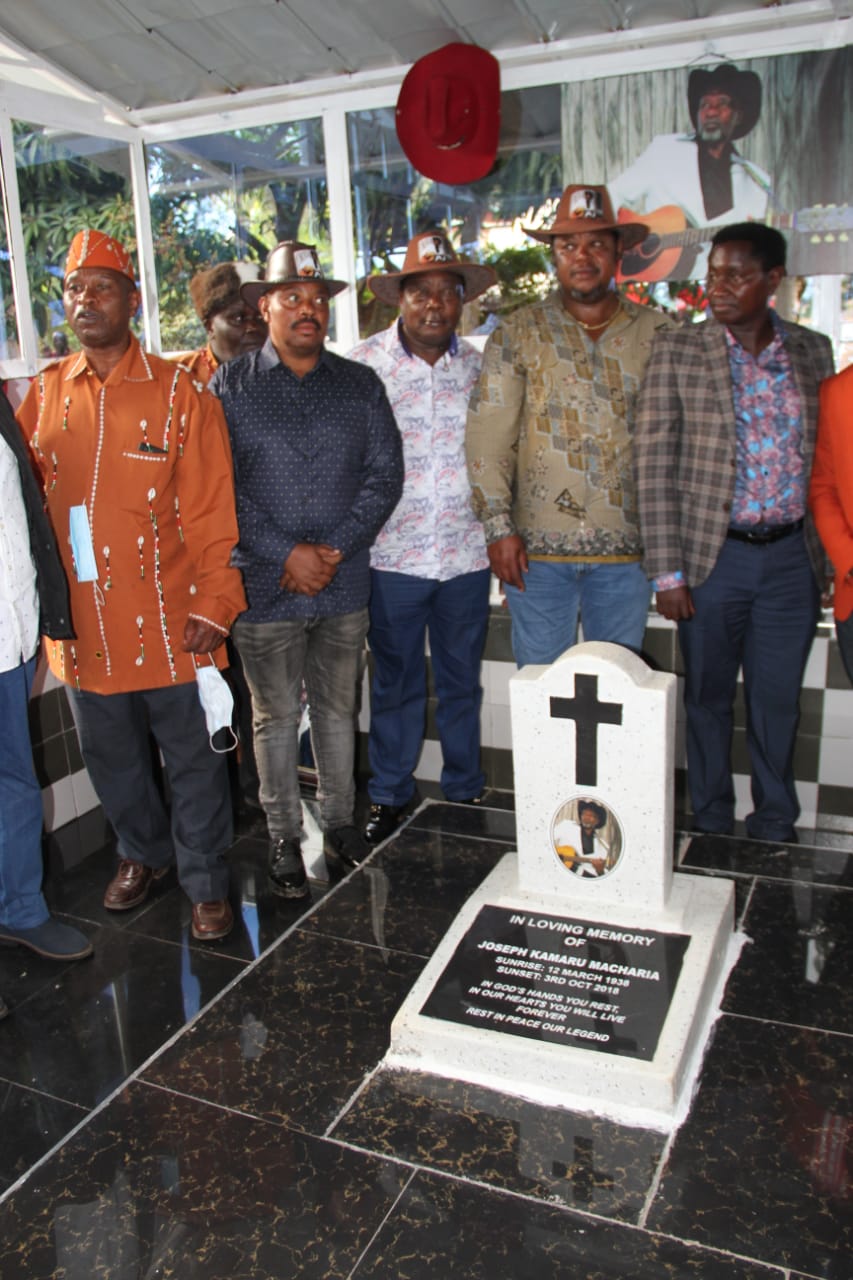 A mausoleum in honour of the legendary Kikuyu benga musician the late Joseph Kamaru has been built at his home to protect his legacy and secure his teachings and counsel contained in music.

The national patron of the Kikuyu elders Kinyua wa Mwangi was the chief guest during the event to unveil the mausoleum and Kamaru’s home in Kaharati, Murang’a County where he was joined by leading Kikuyu musicians.

The musicians led by the chairman of Tamco Sacco Epha Maina were behind the mausoleum and the celebrations of Kamaru’s life and times nearly three years after his death.

Maina said the idea of the mausoleum was meant to protect Kamaru’s legacy, his music and the great contribution he has contributed in conserving and promoting the Kikuyu culture.

“Being three years since his departure, we found it ideal to have the launch ceremony of the mausoleum on the last day of the month that he passed on,’’ he said.

On the his part, patron Kinyua said it was a good thing to build the mausoleum for posterity saying Kamaru was a great cultural ambassador and that his music contains cultural gems that need to be protected for the benefit of the current and generations to come.

He said elders would continue to stand with the Kamaru’s family and noted even though his children were well educated, some are jobless. He said he would find ways to ensure that their plight was addressed.

Kamaru, who died on October 2, 2018, is considered as the greatest Kikuyu musician of all time and is feted for his love for promoting Kikuyu culture through folk songs and dance.

With 60% of world’s arable land, hunger is not an option in Africa