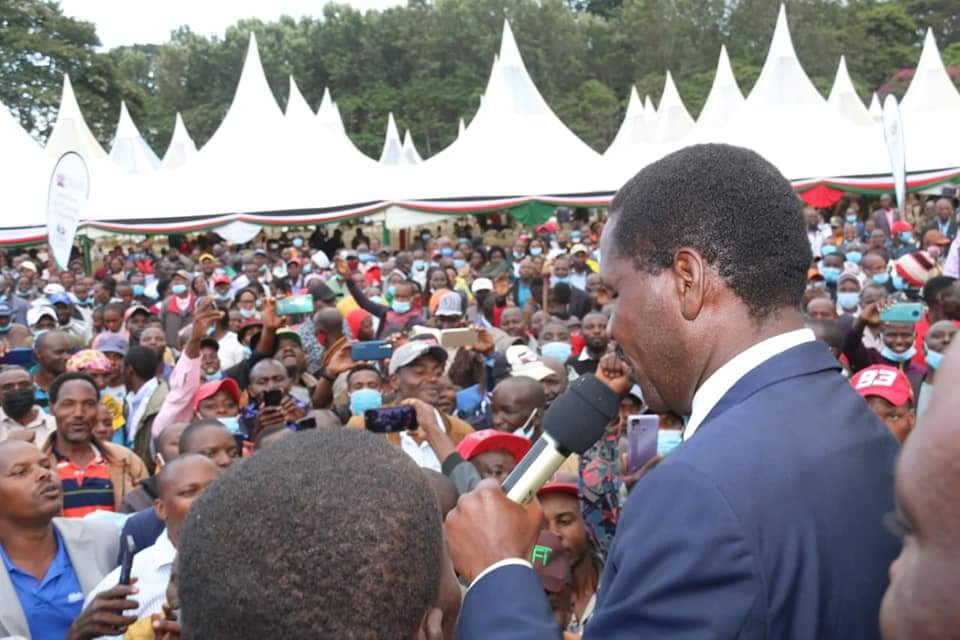 The stimulus package is being distributed through the e-voucher system with the aim of ensuring transparency and efficiency for farmers accessing inputs to boost production.

Agriculture Cabinet Secretary Peter Munya has said all coffee farmers in the 33 growing counties are set to start enjoying a 40 per cent discount on farm inputs from the government under the E-subsidy programme.

Speaking at the Meru Show Grounds and PCEA Kajiunduthi Grounds in Meru and Tharaka Nithi Counties on Monday where he launched the program, CS Munya said that the discount will cover both pesticides and fertilizer.

The programme is aimed at promoting sustainable increase in income among the Coffee growers through improved productivity.

Coffee has been the chief cash crop in both Meru and Tharaka Nithi from the 1980s and beyond. Most elites from the region associate their education with proceeds from the crop and cooperative societies which managed to purchase huge tracts of land in the ‘white highlands’ which they sub-divided to their members.

That is why the E-subsidy programme which targets over 82,000 coffee farmers in the country is a major boost to farmers of the two counties. Under the initiative the farmers will be required to pay only 60 per cent for the input while the government will cater for the remainder.

“The E-subsidy programme will benefit all smallholder farmers, small estate coffee farmers, coffee farmers belonging to an association with less than 20 acres of land under coffee and farmers affiliated to a cooperative society,” Munya told coffee farmers who turned up for the launch.

The E-subsidy will be implemented by the Co-operative Bank of Kenya -who will open accounts for farmers with wallets for fertilizer and pesticides- and the New Kenya Planters Cooperative Union (KPCU) who will fund the cash transfer to the bank. According to Munya, farmers will swipe the card at the accredited agro-dealer and enjoy the 40 per cent discount.

“We will identify the input suppliers who will also be accredited by KPCU. We are also working with Kenya Plant Health Inspectorate Service (KEPHIS) to come up with a list of the recommended pesticides and fertilisers for the farmers so that they don’t end up buying knockoffs,” said Munya, adding that the issuance of cards will work in tandem with the release of the list of recommended inputs to be applied by the farmers.

The CS said talks are underway with KPCU to increase the waiver to 50 per cent to ensure that more farmers benefit from the Sh1 billion allocation.

Munya said on implementation of the program it is geared towards promoting sustainable increase in income for coffee farmers through increased productivity.

Data from the Coffee Directorate shows that the current national production per tree stands at an average of 2 kilograms per tree.

According to CS Munya the ministry is focused on increasing coffee production and productivity, improving cooperative societies, supporting research and development, technology dissemination, supporting the development of alternative coffee markets and modernisation.

Raila will be the next president winning by over 60% of the votes cast, says Interior PS Karanja Kibicho backing his claim on data