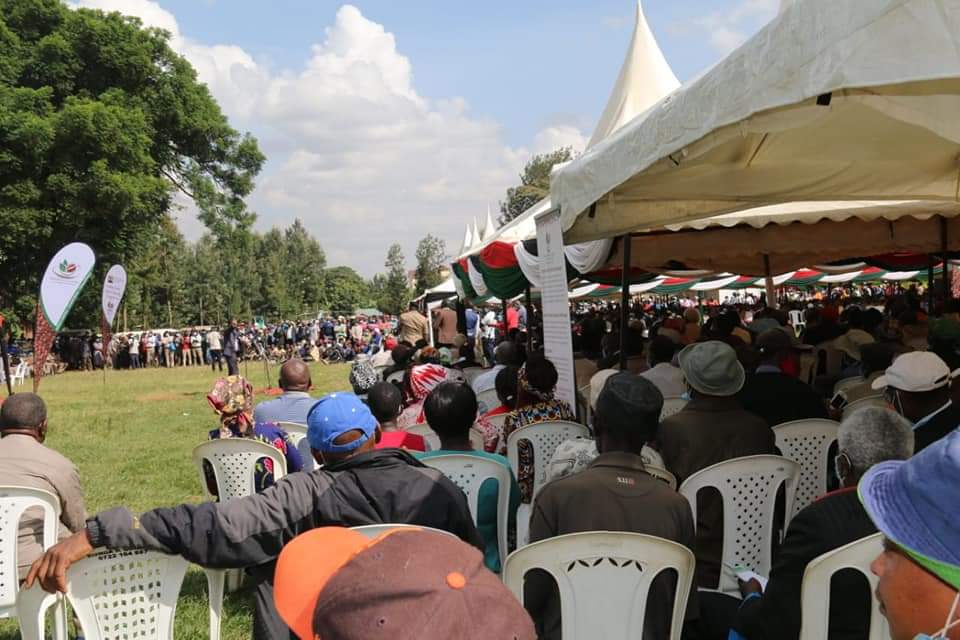 Agriculture Cabinet Secretary Peter Munya has issued a two-week ultimatum to coffee cooperative societies in Kiambu county that have been lukewarm in assisting farmers access the cherry advance they risk to be disbanded.

Munya said some officials of the coffee cooperative societies in Mt Kenya region have deliberately failed to assist farmers to register and access the Coffee Cherry Revolving fund which is aimed at boosting coffee farming in the region.

“The government set aside these cheap loans and advances to small scale coffee growers at an affordable interest rate of 3 percent per annum so that they get assistance in increasing their production. If you are not going to assist the farmers as directed, I am mandated to dissolves such boards of cooperative societies that are not assisting farmers and call for fresh elections,” Munya said

He spoke during the launch of the sensitisation forum for the coffee inputs subsidy programme at Ndumberi Grounds in Kiambu on Tuesday.

This is after farmers decried lack of cooperation from their cooperative society officials whenever they are in need of the funds to boost their coffee farming.

The CS directed the national government administrative officials led by Kiambu County Commissioner Wilson Wanyanga to ensure the forms are signed for farmers to receive the cherry advance and pay 60 percent of the farm inputs.

So far, he said the Government has legislated the Coffee General Regulations and Coffee Cherry Revolving Fund and there is no reason why some of the officials were dragging their feet in assisting the farmers.

The CS said he has been receiving reports of some co-operative leaders from coffee growing areas who have failed to sensitize and facilitate their members to access the Coffee Cherry Advance Revolving Fund.

Munya said already through the New KPCU, over 300 million has been disbursed to farmers out of the Ksh3 Billion Coffee Cherry Revolving Fund set to coffee farmers across the Country.

He however noted that once disbursed one is supposed to pay immediately their coffee is sold and since currently most coffee farmers are being paid immediately once they supply the coffee large numbers might not see them access the said fund.

He however noted that once disbursed one is supposed to pay immediately their coffee is sold and since currently most coffee farmers are being paid immediately once they supply the coffee large numbers might not see them accessing the said fund.

However, Munya said only a small amount has been borrowed since the money was availed following orders by President Uhuru Kenyatta.

The president availed the subsidy and the coffee cherry advance revolving fund to improve the livelihoods of farmers.

has said all coffee farmers in the 33 growing counties are set to start enjoying a 40 per cent discount on farm inputs from the government under the E-subsidy programme.

The CS said talks are underway with KPCU to increase the waiver to 50 per cent to ensure that more farmers benefit from the Sh1 billion allocation.

Munya said on implementation of the program it is geared towards promoting sustainable increase in income for coffee farmers through increased productivity.

Data from the Coffee Directorate shows that the current national production per tree stands at an average of 2 kilograms per tree.

According to CS Munya the ministry is focused on increasing coffee production and productivity, improving cooperative societies, supporting research and development, technology dissemination, supporting the development of alternative coffee markets and modernisation.