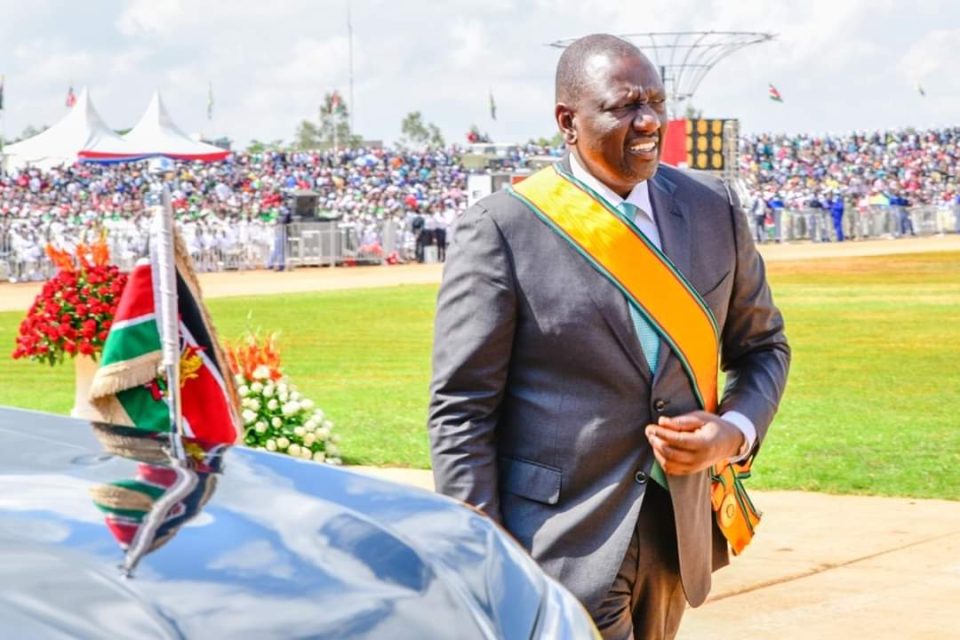 It was a Madaraka Day to forget for DP William Ruto after he was denied an opportunity to speak and invite the President when the protocol was changed.

And as expected a group of people that normally cheers the DP and heckles his perceived opponents walked out of the stadium as the President was speaking after it became apparent that he was would not get an opportunity to speak.

The snub turned out to be one of the big talking points during the occasion where President Uhuru used the opportunity to list down a list of his big successes key among them – the massive infrastructure expansion that has been witnessed.

President Uhuru and his deputy have not been seeing eye to eye and the DP has used occasions such as national days to what some political pundits have said to embarrass the president by using them as opportunities for supremacy battles.

Pundits say the president aware of this may have deliberately avoided giving the DP an opportunity to speak so that his message is not diluted by the sideshows created by his abrasive DP.

Political observers were quick to note that during the national prayer breakfast, DP Ruto in a meek way sought forgiveness from President Uhuru, but hours later he was in a campaign rally where he was disparaging the president and promising to undo his (Uhuru) legacy projects.

Nyeri Town MP commenting on the tiff said the DP plays for the other team and should not complain when President’s team leaves you out.

“If you can not play for the team you are in, do not complain when the team excludes or does not recognize you when they are playing,” said Wambugu.

During the event, President Uhuru endorsed Martha Karua saying Kenya is about to make history if Kenyans elect her alongside Raila Odinga under the Azimio La Umoja presidential ticket.

“If it is the wish of the Kenyan electorate, we have a chance of electing a woman and shattering the glass ceiling by having a woman assume the 2nd highest office of the Republic of Kenya,” said the President.

Raila will be the next president winning by over 60% of the votes cast, says Interior PS Karanja Kibicho backing his claim on data